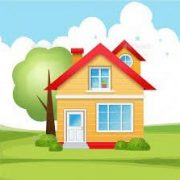 You could continue to repay at the same rate and pay off the loan early 4.5 years earlier or 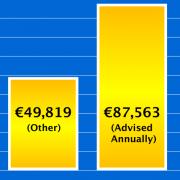 Personal pension holders who consult a financial advisor at least once a year, have pension values 75% higher than those who do not.

The average pension value for those who were regularly advised was

€87,563 (excluding company contributions) compared to €49,819 for those who did not seek regular reviews.

Personal pension holders who consult a financial advisor at least once a year, have pension values 75% higher than those who do not.

The average pension value for those who were regularly advised was

€87,563 (excluding company contributions) compared to €49,819 for those who did not seek regular reviews. 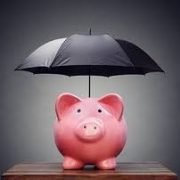 This will determine your next steps. Are you saving for a mortgage, a trip, a change in career, to buy a car, go hack to college, start a business, early retirement………Each needs a different spending plan and strategy.

Prepare a plan – decide your goals/objectives for your money?

2. Have a rainy day fund

3 to 6 months of net income

3. Save at least 10% each month of your net income

If you can do more, do more! If you’ve a specific goal in mind this will be easier to achieve.

4. Set up a standing order

Saving every payday – Once they’re gone, they’re out of sight.

5. Have mixture of savings & investments

Short term (savings such as rainy day funds) Medium term (Investments with a time horizon of 7 years + and Long term (Pensions and Investment Portfolios). Each should consider your risk profile, costs, taxation and accessibility. 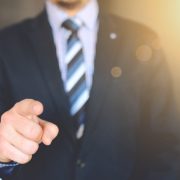 Take control with a Financial Plan

…. but advice should always fit !

Providing answers “on the spot” to any financial and taxation queries raised by the Facebook staff member.

Why work with us ?

Advice, specific to your needs 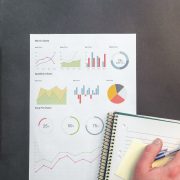 What’s Happened on Markets in the Last Week?

The Roller Coaster continued and on foot of the governmental stimulus packages, especially the expected sign off by President Trump of the US package, markets recovered some of the falls by Friday’s close. Despite this individual stock markets are still significantly down on their opening values of 1st January.

As I write this update at 5.30 pm Irish time, the  US  Markets  have added  another  2% gain  by  this  stage having  been followed, somewhat meekly, by Europe. Australia has had its rebound today which was just mimicking that of the US and Europe on Friday which happened after hours for them. In the meantime, South Africa has finished in positive territory.

An Update on the Medical Situation

As the infection and mortality rates gather considerable pace, each country’s population has a heightened awareness of its own statistics. Nevertheless it’s   worth thinking about the possible projected figures for the US by Dr Tony   Fauci, especially in the light of its importance in the global economy. Dr Fauci is a leading American immunologist  who, amongst other roles, serves as a member of the White House Coronavirus Task Force, and has been the one      to correct many of President Trump’s “mis-statements” on Covid-19. In his estimate issued over the past weekend,  the US could experience as many as 200,000 deaths due to the virus. The UK for its part, based on its similar lack of initial urgency in dealing with the problem, could possibly see over 40,000 deaths on a proportionate population calculation.

To put that into perspective the number of “Winter Flu” deaths in the US over a 6 month period would normally be circa 62,000 while the total deaths of US military in its 17 year involvement in the Vietnam conflict came to 58,318 (with over 150,000 wounded that required hospital care).

In terms of managing the impact of the virus  if a large percentage of your population hasn’t had the virus, but you  still have people who are infected that aren’t identified or isolated, then the virus will continue to  spread.  In the short term, lockdown measures will most likely increase in severity in most countries and even when the worst may have appeared to have passed in terms of infections and deaths, the need for social distancing will restrict the broad economy, especially in tourism and hospitality. All this means is that a “back to work” strategy is probably going to have to co-exist with distancing measures for far longer than anyone and any country might want.

Oil has now fallen to $20 a barrel (partly due to a disagreement between OPEC and Russia about reducing production) and there is now a genuine concern that oil producers will run out of storage space for oil which cannot now be put to direct use due to closures of factories as well as global travel restrictions. The price of copper has fallen 27% year to date underlining, if it was ever needed, the major slowdown in global economic activity which is becoming more obvious as each day passes.

The US economy is now entering recession and with it all the other economies in the world. Initial jobless claims (a measure of the number of new filings to receive unemployment benefits) rose to 3.283 million for the week ending   21 March. The speed and magnitude of the move higher highlights how US businesses have had to let staff go in the face of the sudden coronavirus shutdown. There were, up to recently, 29 million people employed in travel, leisure and hospitality in the US, so the jobless numbers are going to soar in the next few days and weeks. Similar statistics are also appearing globally with similar proportionate numbers for each country. As a point of reference, the US unemployment rate in the 1930s Depression period was 25% of the workforce.

In recognising the gravity of the situation, the world’s central banks have been full-on in their support of liquidity and borrowing. This is, as was the case in the Global Financial Crisis, a knee jerk reaction to keep economies afloat where the cost of providing business supports and “helicopter money” has stored up problems for the long term as far as each country’s debt is concerned. The reality is that the cost of servicing all these debts is being handed down to several generations to come.

One of the major impacts from Covid-19 is likely to be in the area of globalisation. Goods made cheaply in the Far East may be re-categorised in terms of their importance to each country’s economy. It is likely that we will see less reliance on, in particular, the Chinese supply of goods as products are sourced closer to home or even made at home. This will bring, over the long term, changes in product innovation and employment as well as investment opportunities.

What Should Investors And Pension Holders Do Now?

Nobody knows  how the economic situation will play  out  in the coming year and, by extension, we  don’t  know  how stock markets will play out. The likely scenario of a major death rate in the US, while already known, is most likely  not fully  priced into markets. I expect that the fear and uncertainty  of health at an individual level will      most   likely spill over, in the short term, to further falls in stockmarkets in the coming weeks. This, in itself, will    lead to a major investing opportunity for  those who  have cash  holdings  or  new monies  awaiting investment either personally or in their pension funds.

Of course, some people who might have switched out a few weeks ago at the start of this recent problem may decide to wait for a lot longer before they dip their toe back in. In my experience when people switch into cash they often stay in cash for years afraid to come back into the market and therefore miss the upswing.

And finally, I repeat my previous advice :